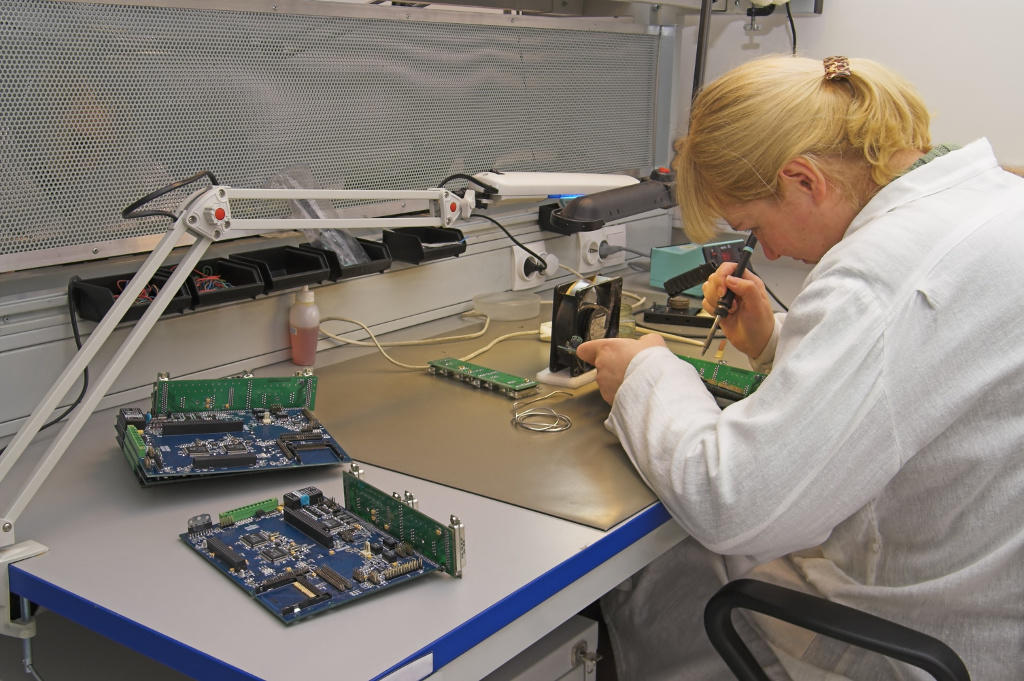 A misconception that many companies have are that lean metrics (e.g. cycle time, inventory, and productivity) are usually associated with manufacturing operations, not test systems. But, done properly, the data pulled from test systems give key information about these factors.

Many companies have embraced Lean initiatives to reduce waste and errors in manufacturing. Identifying the contributors requires data. Specifically, we’ll cover two areas as they relate to lean enablers for manufacturing test systems:

The end goal of all this is being able to make intelligent decisions that improve operations, a perfect goal for Lean initiatives.

Let’s talk about ways that enhanced test systems can reduce errors in a production environment.

For products that need to be tested during assembly by manual or semi-automated operations, moving data between electronic documents and records brings improved consistency, faster production rates, lower assembly errors, and visibility into the production process.

The first area we recommend is putting the assembly and test instructions into electronic form. Instructions go by many names at different companies. We hear terms like work instructions, assembly manual, and so on. The idea is to replace any printed material that the operator might use with content displayed on a computer screen.

When used in a test system, the written instructions are the basis of the test steps in an electronic test sequence.

I should note that using an electronic test sequence does not imply automation of the test steps. A test step can be completely manual. It could display some text and an image to describe the way to assembly a part or to take a measurement. No automated actions are done. Only the automation of the instructions.

Once you move to electronic test sequences, you can use document management. For example, you can use:

Note that taking full advantage of document management means that business processes need to be in place.

The second area we recommend for electronic documents is to capture the results of the assembly and testing into electronic data so these results can be analyzed within, and even across, product lines.

Some aspects of a test sequence execution that can be revealed:

Both the document management and data capture often require IT activities, so get them involved early. We also noticed that some of our clients have IT create production dashboards with these results.

Here are some questions to ask before deciding to implement electronic documents:

Here are some recommendations based on our experiences working with clients to add electronic documentation to a test system.

For operator test instructions, the biggest benefit we’ve seen happens on test systems that are used to test multiple different models of parts. Switching testing from one part to another can cause confusion.

So, we recommend the following things.

These enhancements are among the most complex of the items mentioned. Not because of the technical nature, which is not huge, but because they impact other parts and people within your company. It can be challenging to convince others to make the enhancements.

For the electronic records, our recommendations are based on including the operational data with the test results. Besides collecting test results on product performance, include information useful to the production group such as:

For example, the test duration data can be used to understand the test stand usage for Overall Equipment Effectiveness, or OEE, computations. OEE involves Availability (the time the tester is available), Performance (how fast it takes to test a part), and Quality (first pass yield). This OEE metric can help the production group improve on efficiency by identifying the poor performers.

An actual project that Viewpoint delivered might be useful to discuss. The company makes aerospace actuators. They are a high-mix, low volume production facility. Some parts are made at less than 10 per week and there are 1000s of part models.

I’ll concentrate on some of the fundamentals since the scope of this project has grown to encompass worldwide production.

First, the assembly and test instructions have gradually been moved into electronic test sequences. Many sequences are still semi-automated, since automating every step would have been expensive. The combination of the programmable test sequencer and the electronic instruction documents was the first hurdle that allowed all the rest to happen. We know this because the client originally had the instructions in XLS and database files with no automated sequencing through the instructions. That effort was abandoned due to an ineffective outcome and replaced with the automated test sequencer.

Also, this customer wanted the test steps to be configurable during the running of a test, so that engineers could assist with troubleshooting parts that were behaving oddly. All the results of are saved, normal operation or not.

Second, the data produced by the test system, including both the test results and the operational information, are used to understand things like:

The client has put a lot of effort into this electronic documentation effort. After some initial proof of concept efforts, a substantial development effort was undertaken with payback in less than 2 years.

How to get Started

Begin by understanding of the level of effort to convert the documents into test sequences. How many test sequences will there be and how many steps do you have to convert?

Then, assess how much test data will be produced for all these sequences. Data storage is cheap nowadays, but still needs to be considered.

Also, scope out the effort to create methods to store the electronic test sequences and don’t forget the benefits of putting these sequences under version control. Also, all those test results need to be stored somewhere, so you’ll be designing the layout of the network folders and possibly database structures to hold all these results. IT will need to get involved.

Once that work is done, you can enhance your test system application software to use the test sequences and save the results.

Then you’ll need to developed one or more applications to “slice and dice” the results so you can create reports for production management. You might also want to create a metrics dashboard.

The end goal of all this is being able to make intelligent decisions that improve operations, a perfect goal for Lean initiatives.

Let’s dive into some details to better understand how test data can reduce waste in a production environment.

Many companies have embraced Lean initiatives to reduce waste in manufacturing. Lean looks for waste in areas such as Inventory (including WIP), Waiting, and Defects. Identifying the contributors to waste requires data.

The test system can help produce data that will lead to decisions about:

The misconception that many companies have are that these metrics are usually associated with manufacturing operations, not test systems. But, done properly, the data pulled from test systems give key information about these factors.

A hurdle often appears when integrating the test system data into these business metrics since interaction with the IT group is necessary. You’ll want them to help you connect data between the test system and the business databases, such as MES and ERP.

But management will likely need to approve that assistance. Why would they do that? Let’s look at how waste can be removed at the test system.

With test systems, you can gather information on the status of a part, how it was tested in prior test systems during the assembly process, and how it should be treated by the test system at which it is being tested at the moment. For example, waste can be removed by knowing:

Waste reduction depends on collecting information on the status of a part and how it was tested. The data collection needs to be tied to efforts to analyze the data, since there is no point to measuring if no one is going to look at the results.

So, questions worth considering are:

Review the cost volume of products going through each test system, including any rework expenses. Identify the testers that see the largest costs and target these first.

You’ll want to access the business production databases to put context around the test data. These databases are contained in the company MES and/or EPR application. Examples are things related to the work order for the part being tested, such as listed in the leftmost box labeled “inputs”.

IT will have to be involved to help you get access these business databases. If you think you will encounter resistance, you may want to consider gathering data on just one test system. You could do so crudely, perhaps even manually at first.

When you have been able to make a business ROI case with one test system, you gain enough credibility that management encourages you to automate this crude and/or manual process and apply it to other test systems.

Let’s review a project with an Aerospace client. The outcomes of this project have been so successful that the test system enhancements we developed in an initial few test systems is now being pushed out to many test systems at facilities around the world.

The table below shows the areas of waste reduction and the associated average gains in production capabilities. The charts in the upper right show the Value Stream Map for various products.

As you can see, the client saw an average of 30% reduction in waste. Plus, the enhanced automation has allowed this client to manage seven times the production volume as 10 years ago without significant increase in production personnel.

Perhaps the biggest improvement in identifying waste has been their ability to understand WIP status and problem areas. In the past, some production problems were never addressed due to the attention required by the immediate “fire fight” of the day. Now, with rapid access to the test and assembly data provided by these automated database transactions, the client has a dashboard which can identify issues in real-time.

Assembly errors have reduced and traceability has been improved to such an extent that they have received accolades from their customers.

The payback for the original enhancement effort has been estimated to be about 1.5 years. After the initial development push off and on over the past several years, enhancing other test systems now takes about between 1 to 4 weeks for each test system, depending on the complexity of the part being tested. So, the payback time is much less than 1.5 years for these incremental enhancements.

How to get Started

Start by enhancing your test system to gather data on the performance of the operators, test systems, test steps, and part failures. For the first test system, you don’t need to get IT involved to in order to save the results. You can if you want, but that’s not needed.

Start by enhancing the usual pass/fail data for each test step by saving all the measured data, limits used during the test, any processed results, and so on, in addition to the usual final pass/fail disposition. And then enhance your test application to gather information about the operational aspects of the test, such as test start/stop timestamp for each step, execution time for each step, operator ID, and part ID.

I want to improve my test system »