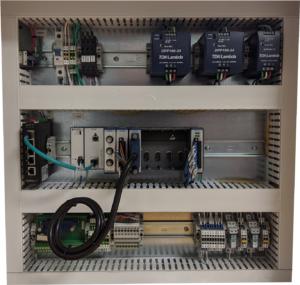 What’s different about hardware reliability testing vs other types of hardware testing?

Reliability testing, aka endurance or durability testing, runs the part through many hours of use while monitoring (sometimes continuously, sometimes periodically), the performance of the part.

Different than design validation, the part is usually not subject to a wide range of extreme conditions to look for corner cases, but rather subjected to “normal” operation in an accelerated fashion. Note that “normal” might not imply static operating conditions. Rather the part might be cycled through a range of conditions seen in normal usage, such as back and forth motion for a car seat cushion, or -120 C to +120 C temperature cycling for a satellite part orbiting the earth.

Parts are often run to failure or to degraded performance to verify that one design is better or worse than another. See https://www.weibull.com/basics/growth.htm for reliability growth.  Sometimes, the performance measurements are coupled with an analysis of the failure mode(s). Other times, this failure mode and effects analysis (FMEA) is done without reviewing any measurements taken during the cycling, implying that the reliability test system controls the automated cycling without assessing operation. However, starting in the early ~2000s, data collection during cycling has become nearly universal.

When is hardware more likely to go through non-negligible reliability testing?

The cost of failure could be the cost incurred by that failure, for example:

or the cost of warranty and repair of a failed product, for example:

What are the most important things to keep in mind to do reliability testing well?

What should I watch out for?

My part is expensive so I don’t want to break it more often than necessary. What should I consider?

You likely (and should) have some idea of the failure modes for your part. Consider setting or estimating measurement threshold levels above which indicate performance degradation. Alternatively, you could monitor for one or more parameters changing quickly, with a rate of change above some threshold level. Both these threshold-breaching events would indicate that you should stop the testing and review the condition of the part before continuing.

What hardware reliability tests have you implemented?

What are some examples of hardware reliability test systems?

Need a custom test system for your reliability testing? Reach out here for a conversation.