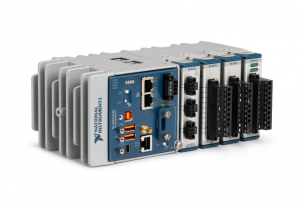 Our client wanted to improve the endurance testing of an implantable medical device product to help determine the recommended lifetime of the product. An obsolete test system existed, but the client wanted improved performance, UX and configurability. They wanted to just hit the “go” button and let it run for days or weeks. They also needed to be able to have new features added after the first release.

The endurance tester physically stresses the UUT to measure force and eventually breakage events. These events are used to help determine the recommended lifetime of the product. The tester tests multiple UUTs in parallel in order to gather more data faster for statistical validity. The system collects data until all UUTs break or the operator stops the test.

Viewpoint provided the software and advised DAQ hardware selection. The rest of the test system hardware was selected and assembled by the client.

The automated test system applies a varying cyclical force to multiple UUTs while measuring the force applied to the device. The software automates the data acquisition, analysis, load application, and motor during a test. The system measures all forces applied simultaneously while synchronizing that data to a cycle counter. That data is analyzed to determine average, maximum, and minimum force applied to the device over a user configurable number of cycles.

While running there are multiple alarm states that are monitored. When these alarm states occur, a file can be generated to dump a user configurable duration of force measurements to a file. Other alarms generated trigger the system to change a digital output state triggering a text message to be sent to the operators of the system. The system was designed to test for weeks at a time.