Digital Record And Playback – For a RF Receiver 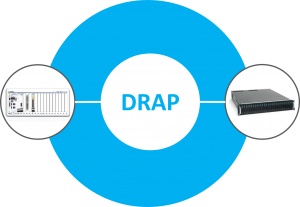 Digital Record And Playback – For a RF Receiver

Collect hours of data at >1 GB/s

We utilized off-the-shelf hardware combined with custom software and had a working system after ~7 man-weeks of effort. The DRAP system records and plays back digital data only, with A/D conversion being handled by the DUT. The system was developed on the National Instruments PXI Express platform. A RAID array of disks is used to continuously record data. Data manipulation is performed on a Xilinx Kintex-7 FPGA that forms the basis of a National Instruments High Speed Serial board. The DRAP system is connected to the RF receiver using standard SFP+ connectors. A UI connects to the system locally or over Ethernet to monitor and control DRAP during record/playback. The customer can also control the system via an API so that it can be integrated into a larger test system.